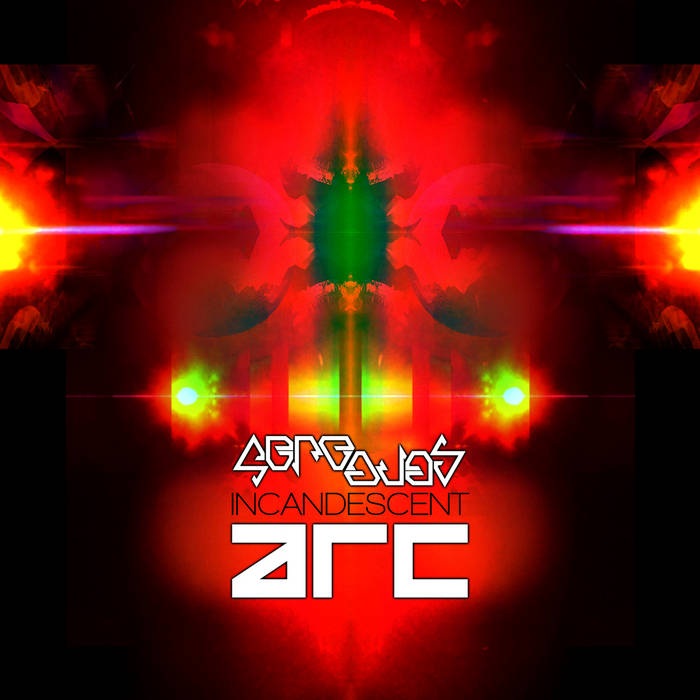 Incandescent Arc is a process based audio visual work using the ubiquitous streetlight as a starting point created for the Globelight Festival on the 16th August 2014.

Mostly we walk, ride or drive under these cloned behemoths of poles and glass, taking their gift of light for granted. Designed to be there but to not be there, they define our urban environments at night, they create giant dot to dot light bridges through the darkened land, joining cities, towns, suburbs and streets.

The performance gave an opportunity to look at these staples of modern infrastructure from a different perspective, to reflect and meditate on the halogen forests that define our evenings, that keep the dark at bay, that extend our active waking hours. The expulsion of light into the atmosphere, that incandescent arc.

The work was created using video clips and audio field recordings of various streetlights around Victoria. Using the field recordings combined with a eurorack modular synthesiser, the audio is improvised and processed through Native Instruments Maschine with various effects. The videos were edited in After Effects and loaded into Resolume.

The digital download is only the audio from the performance, while the DVD is a 25 minute studio recording.

Falling suns, dying stars
Dirt between our toes
Light on our foreheads
The Golden Rod from tip to tail
The Knowing of Truth
Revealed in strange glows of
Fractured Signals
from home
from centre
from Self
The priests dethroned
The Gates are open
Take Your Place ... more

Bandcamp Daily  your guide to the world of Bandcamp

Cannibal Corpse's George "Corpsegrinder" Fisher stops by for an interview